ELA BLOG
My Thoughts on "I think therefore, I am"
I think what this quote means is that he is stubborn or is always right about himself. This quote resembles much to of that stating or proving something such as using the term "dead" determines if we are alive are not. Our bodies have been buried and our souls have either gone one way or another, so therefore I agree on this quote. I seem to be dead, having the qualities of being dead such not breathing, moving and having no soul in my body. I think I am dead, therefore I am dead.

Mindset is using our failures to help us to improve and become smarter. People have multiple perspectives on mindset. Some have a fixed mindset and others have a growth mindset. For example, some people believe that abilities are created or mastered unlike others that think that they are born inheriting these abilities. The origin of these perspectives come from the differences of a fixed mindset to a growth mindset. It also helps connect the thought of why people have different perspectives on this subject of growth and fixed mindsets.  In Carol Dweck’s speech in 2014, she states “ Tougher students who learn new things that are out of their comfort zones and stick to it, the neurons in their brain have a stronger connection which leads to becoming smarter.”  Also in Carol Dweck’s speech in 2014, she said “The students who stuck to the method (which is the out of the comfort zone method) showed a significant increase in their test scores and those who didn’t stick to the method or didn’t even try it at all showed a significant decrease in their test scores.” In other words, students who got the task to challenge themselves showed a significant increase of test scores, which relates to the topic of growth mindset. This project has been done with thousands of students around the world with similar results especially with the students who struggle. This can help to connect to the origin because this is this is one of the many ideas that originates the purpose of growth mindset.
Mindset is important because it helps us understand that just because we are not born with a talent doesn't mean we can’t succeed. When you have a fixed mindset you are afraid to try something new in fear of failing, but having a growth mindset means that you are not afraid to try something new and you try to learn new things. Studying is a way to accomplish this goal. This matters because it is important to some kids who are not nearly as talented as others to succeed as they have the potential to succeed. Some talented people tend to overlook and think that they don’t need to practice in order to become better.In the article titled “The Effort Effect” written by Marina Krakovsky it states,” Faulkner knew the source of the trouble: British soccer culture held that star players are born, not made.” In other words, British soccer culture thought that these soccer players need no practice due to the fact that they were born not made with this additional talent. This can be added to the thought of fixed mindset because the players would believe in their fixed traits and would not want to bother and master it. Another reason why this is important is because it will give a heads up to the people who are talented; which means it will let the talented people know that if they work harder then they will succeed faster. To conclude, having a growth mindset can be a positive thing unlike having a fixed mindset and that having a growth mindset is an essential key to success.
People have their own kind of mindset. Having a growth mindset means that you believe that you can improve from your mistakes. Some are part of the growth mindset but others are part of the fixed mindset. The separation of these two mindsets originates from the challenges people face. Some feel threatened by challenges and refuse to try something new while others try to succeed on it making the growth and fixed mindset. The green side of the poster (shown on the right), will represent a growth mindset and the black side of the poster (shown on the left), will represent a fixed mindset. The mindset notes are written in index cards and so are the definitions of growth mindset, fixed mindset, and mindset. In the cutouts of the human head, there will be examples of the types of ideas that go into the categories of a growth mindset and a fixed mindset. ​​ 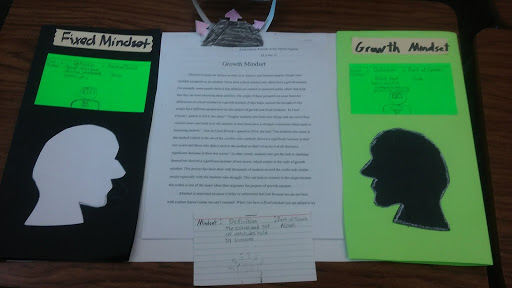 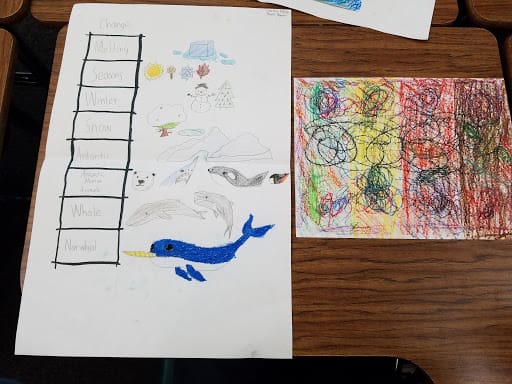 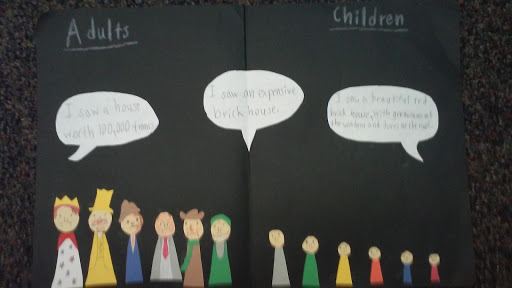 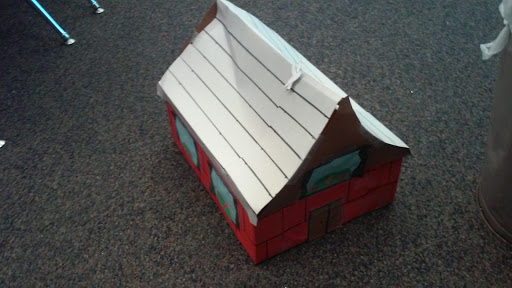 The project here represents the chapter my group and I were assigned. Our Universal theme is change since in the poster, the children's perspective changes as they grow older. Our generalization is community since there is a child and adult community. Both the adults and children are talking about the red brick house but the adults describe the house as how much its worth; 100,000 francs while the children talk about how big and detailed it is. The gate icon is details since the house is being described as having detailed house. The imperative is parallel because it is how one thing changes every time. Our literal device is point of view since the adult and child community have different point of view.
I,Too
I,too, sing Vietnam
I am the yellow brother
They send me outside to eat
When guests arrives,
But I smile
And learn
And grow fast,

Tomorrow,
I will be inside
When guests arrives.
Nobody’ll dare
Say to me,
“Go outside and eat Jap”
Then.

Besides,
They’ll see that I am not a Jap
And be humiliated--