Symposium Reflection#1
1 article that I have found explains how some games have communities that are different and how they affect the gamer. The other explains how the gaming community has a positive side .  This relates to the community because gaming has a community. This connects to the generalizations because the community has members, and the gamers share the the common environment which is gaming. What I learned was new was that each game has a different community but they share the same passion. During my exploration I changed my topic many times, the driving question, universal theme, and generalization. I changed those elements due to the fact I had no correlation with the topic. After many attempts with finding a new topic, I found one with had to do with gaming. I didn’t change this because I play games “literally” every day and it was easy to connect it to something. What I hope to find in the near future is how the gaming community positively and negatively contributes to the social and mental well-being to the gamers. My collaboration is doing well since I have no students to work with. What is working well is how well everything thing is going. What is not working well is finding websites that has .edu, .org, or .net. This isn’t going well due to the fact that most websites about the gaming community is .com which most of the time isn’t reliable.

The last time I wrote about my research was when I had to write about it in my Reflection #1. What I found out during that time was intriguing. My driving question is about how the gaming community positively contributes about the social and mental well-being of gamers. I found out that the community that surrounds the gamers can contribute the gamers positively since they have a nice chat. For instance the gamers saying to each other (GG-Goodgame/ GLHF- Good Luck, Have Fun). I haven’t changed my topic nor driving question yet since there is good info and everything connects together. I have decided to do a survey since it was more efficient than an interview. My topic has to do with a community and interviewing 30-50 people will take more time, surveying 30-50 people with paper would be more efficient. What has been easy was thinking of what to put together in the trifold board. What has been difficult about this is finding the 7th article that connects to my topic. What I need to do in order for this to be successful is to see the article that ties with my topic while seeing if the source is reliable or not. Since I am working by myself, my collaboration is flowing well.
Reflection #4

How does the gaming community positively contribute to the social and mental well-being of gamers? Some revisions I had to revisit was mainly on my board. I was worried about how if any of my information were going to fall off of the board. What I learned about my project that I didn’t know before was that the gamers developed bonds, relationships while interacting with their fellow gamers. What I learned through my scholarly research was that the majority of the gamers are positively contributed by their gaming community rather than being negatively impacted. The art of an oral presentation is very pleasing. I enjoy talking and interacting with the audience. The overall experience of this was fun. What I could have done differently is doing my driving question better. One advice that I would give to an incoming student next year is to find a partner to do it with since doing it alone takes lots of work, time and dedication.

ISD
The Gaming Community has members.

The Gaming Community has members, who are also known as gamers. These members help each other and form social relationships that are important to them. 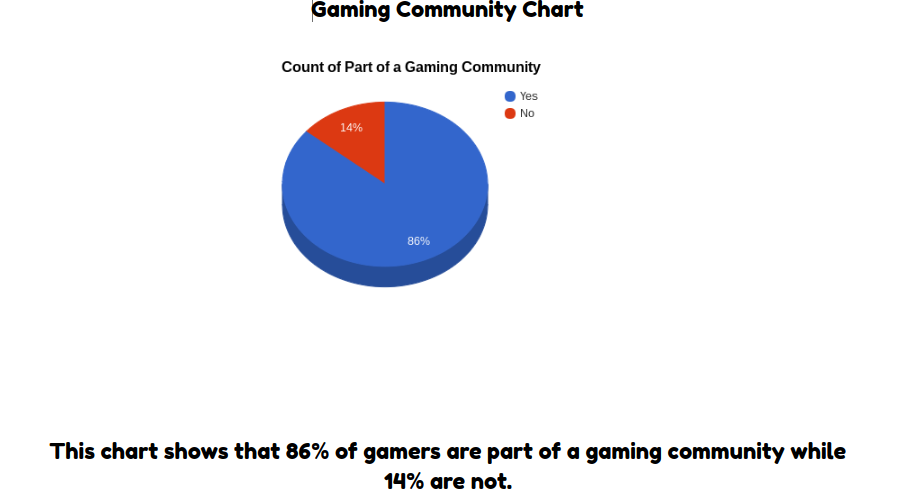 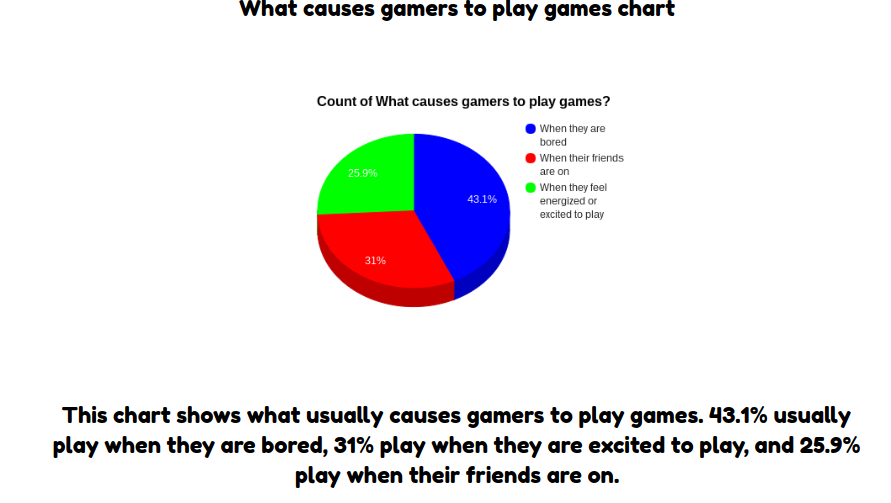 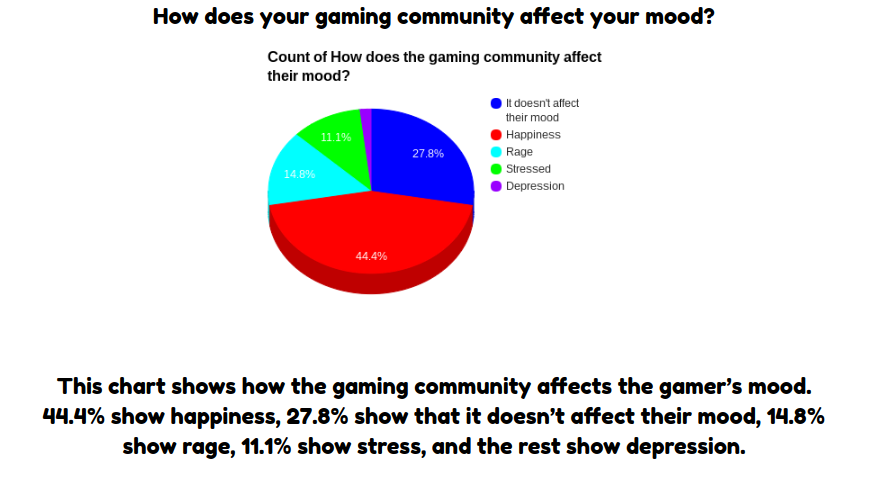 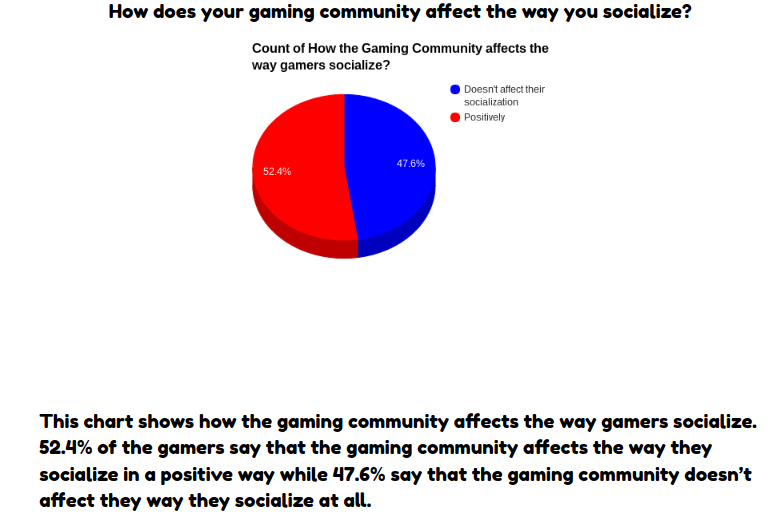 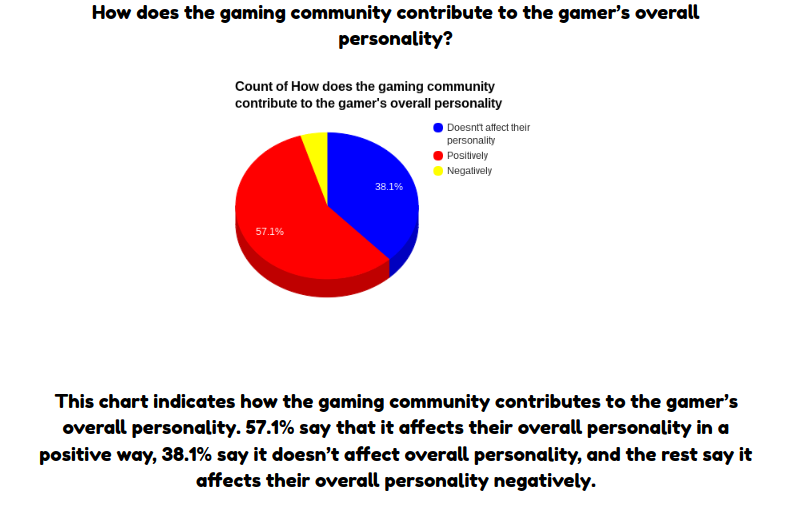